Suspects to be identified in theft of 2 vehicles

On January 12th 2017, two males attended a car dealership in the 2000 block of Mer Bleue Rd to preview some vehicles. They looked at several vehicles but refused to give any personal information to the salesperson. They arrived and left in a newer model dark GMC Yukon.

Suspect #1 – male wearing a grey jacket and pants, described by the sales person as an English speaking

Please refer to the pictures below provided by the investigator.

Both vehicles were stolen from the dealership overnight. Footage shows two males of similar statures crossing the parking lot and stealing the trucks.

If you know the identity of the individuals call Ottawa Police Organized Auto Theft Section at  613-236-1222 X 3792 or Crime Stoppers toll-free at 1-800-222-8477 (TIPS). Remember Crime Stoppers does not subscribe to call display, we will not ask your name or record your call and you are not required to testify in court. If your information leads to their identity, you could qualify for a cash reward of up to $2000. You can follow us on Facebook, YouTube and Twitter 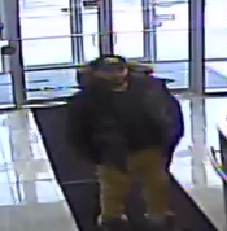 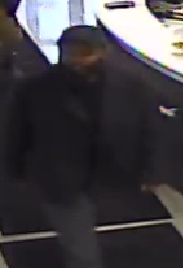 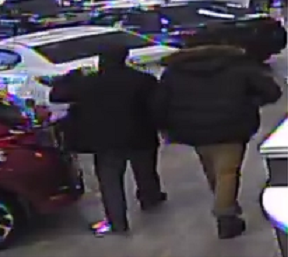 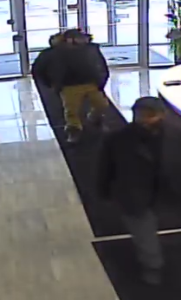 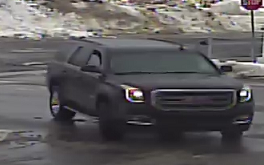