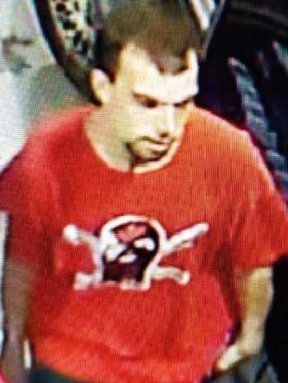 The West Criminal Investigations Unit and Crime Stoppers is requesting the public’s assistance to identify two male suspects in relation to an Assault with a weapon/pointing a firearm in the Kanata area on Canada Day.

On July 1, 2020, at approximately 11:40pm, two males in a purple minivan had a dispute with a pedestrian in the 400 block of Terry Fox Drive.  The victim was assaulted and had a firearm pointed at him.

The first suspect was described as a Caucasian male with short brown hair and goatee. He was wearing a red t-shirt with a black ski mask logo on the front. (see photos)

The second suspect was described as a Caucasian male with brown hair. He was wearing reading glasses, a black baseball cap with small white symbol in front, a white t-shirt with red writing in front, grey jeans and white runners. (see photo of this suspect and vehicle).

They were both captured by a nearby surveillance camera operating the minivan.

Anyone with information regarding this investigation is asked to call the Ottawa Police Service West Criminal Investigations Unit at 613-236-1222, ext. 2666 or or Crime Stoppers toll-free at 1-800-222-8477 (TIPS). Remember Crime Stoppers does not subscribe to call display, we will not ask your name or record your call and you are not required to testify in court. If your information leads to their identity, you could qualify for a cash reward of up to $2000. You can follow us on Facebook, YouTube 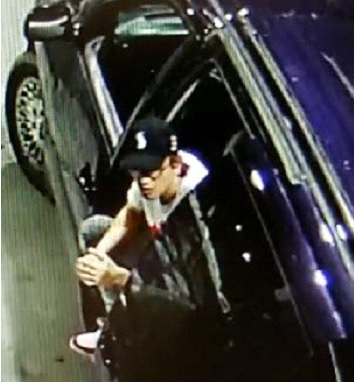 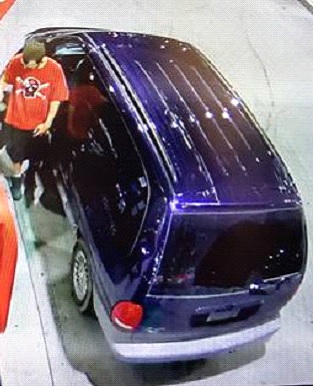 If you have experience in fundraising or communications and would like the opportunity to join we would be happy to speak with you. ...more
Tweets by CrimeStoppersOT