(Ottawa)— The Ottawa Police Service Robbery Unit has been investigating the recent robbery of a marijuana dispensary and is seeking the public’s assistance to identify the suspects responsible.

At approximately 12:50 pm, on February 17, 2018, three suspects, all disguised, entered a marijuana dispensary situated along the 200 block of Montreal Road. One of the suspects jumped a counter, gained access to the employee area, and also then opened a door for one of the other suspects. The suspects made a demand for cash and related products. A struggle ensued between one of the suspects and a victim. A second victim tried to hide within the premise. During this time, one of the other two suspects discharged a firearm within the store. The projectile did not strike any person. The victim was then assaulted with the handgun. The suspects fled with a quantity of cash and related products, and were last seen running south on Lajoie St. The suspects may have fled the area in a dark colored vehicle, possibly similar to a Chrysler Sebring. The victim sustained serious injuries during the assault that necessitated transport to hospital, and later surgery.

Police have obtained some images of the suspects and are releasing these to the public in an attempt to identify the suspects responsible. 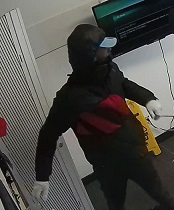 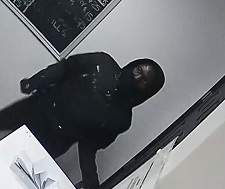