(Ottawa) — The Ottawa Police Organized Fraud Unit is investigating a Theft and use of a client bank card.

On October 7, 2017, a male victim in his 80’s attended a Kanata area bank ATM and conducted transactions. As the victim was conducted his banking, a male suspect ‘shoulder surfed’ (looking over the cardholder’s shoulder while the Personal Identification Number was being entered) the victim’s PIN.

As the transaction was completed, the same suspect distracted the victim and stole his bank card.

The victim was made to believe that his bank card was seized by the ATM; and the suspect used an adjacent ATM and withdrew a large sum from the victim’s account.

The male suspect was captured on the ATM camera (see picture.)

Anyone with information about the male suspect is asked to contact the Ottawa Police at 613-236-1222, ext. 7300. Anonymous tips can be submitted by calling Crime Stoppers toll-free at 1-800-222-8477 or by downloading the Ottawa Police app. 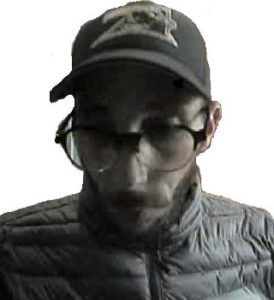