(Ottawa) — The Ottawa Police Service Robbery Unit is investigating the recent robbery of a taxi driver and is seeking the public’s assistance to identify the suspects responsible.

On August 27, 2017, at approximately 6:30 pm, the victim, a taxi driver, picked up a fare along Russell Road, who asked to be taken to Station Boulevard. There, another male was picked up. The duo was then driven to the Herongate area, where the suspects purportedly attempted to obtain cash from a bank ATM. Unsuccessful, the two suspects were driven to the area of Ridgemont High School, where they met a third male who was supposed to pay the fare. Another card was unsuccessfully used in an attempt to pay the fare. At that point, the three suspects grabbed and held the driver, and had cash taken from his pocket. The suspects then fled with the cash. There were no injuries.

The suspects are described as being black males, approximately 18 years of age. An image is being released of one suspect, and a partial image of the second.

See images below provided by investigators.

If you know the identity of the individuals call the Ottawa Police Service Robbery Unit (613) 236-1222 Ext 5116 or Crime Stoppers toll-free at 1-800-222-8477 (TIPS). Remember Crime Stoppers does not subscribe to call display, we will not ask your name or record your call and you are not required to testify in court. If your information leads to their identity, you could qualify for a cash reward of up to $2000. You can follow us on Facebook, YouTube and Twitter. 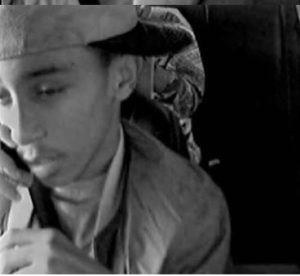 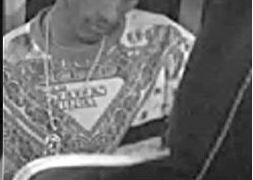