(Ottawa) – The Ottawa Police Service Robbery Unit is investigating a July purse snatching involving an older female victim and is seeking the public’s assistance to identify the suspect responsible.

On July 4, 2017, at approximately 2:55 pm, a female, in her early 70s, was standing along Rideau Street, near Nelson Street. A male suspect approached and grabbed the victim’s purse. A struggle for the purse ensued, during which the victim was dragged to the ground. The suspect fled with the purse but was pursued by two passersby. The suspect was caught, and the purse was retrieved, but the suspect then fled. During the course of the robbery, the victim sustained a fracture to her leg.

Anyone with information regarding this robbery, or any other robbery, is asked to call the Ottawa Police’s Robbery Unit at 613-236-1222, ext. 5116 or Crime Stoppers toll-free at 1-800-222-8477 (TIPS). Remember Crime Stoppers does not subscribe to call display, we will not ask your name or record your call and you are not required to testify in court. If your information leads to their identity, you could qualify for a cash reward of up to $2000. You can follow us on Facebook, YouTube and Twitter. 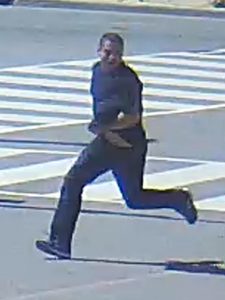 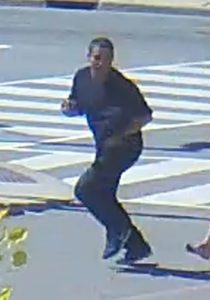