The Ottawa Police Service Robbery Unit continues to investigate a December home invasion and is seeking the public’s assistance to identify the suspects responsible.

On December 19, 2017, the occupant of an apartment, situated along the 1-100 block of Stewart Street, answered a knock to the door. At that time, three suspects pushed their way into the apartment and a demand was made for the victim’s cellular phone. An undisclosed quantity of cash was also provided to the suspects by a second occupant of the apartment. The suspects fled with the phone and cash, and also a debit card. There were no injuries. The stolen debit card was used a short time later at a nearby fast food restaurant.

Investigators are releasing images since obtained of the three suspects.

If you know the identity of the individuals call the Ottawa Police Service Robbery Unit (613) 236-1222 Ext 5116 or Crime Stoppers toll-free at 1-800-222-8477 (TIPS). Remember Crime Stoppers does not subscribe to call display, we will not ask your name or record your call and you are not required to testify in court. If your information leads to their identity, you could qualify for a cash reward of up to $2000. You can follow us on Facebook, YouTube and Twitter. 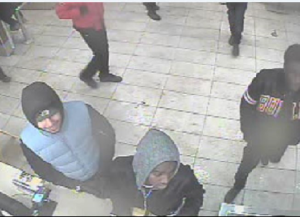 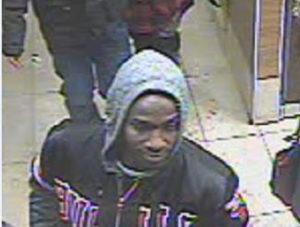 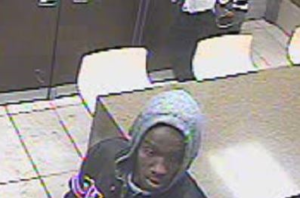