Suspect sought in break and enter at apartment building

(Ottawa) — The Ottawa Police Service Break & Enter Unit is investigating a recent break & enter to an apartment building and is seeking the public’s assistance in identifying the suspect responsible.

On March 22, 2017, a lone male suspect attended an apartment building situated along the 1000 block of Castle Hill Crescent. The suspect attended at two separate times. On the second visit, at approximately 11:00 pm, the suspect stole an appliance from a common area and used a grocery cart to transport it from the premises.

The suspect is described as being a Caucasian male, approximately 35 years of age. At the time of the first entry, he wore a dark vest over a grey jacket, and on the second entry he wore the vest over a red hooded jacket. He was also carrying a Lulu Lemon reusable bag during the first entry to the building.

Please see the pictures below provided by the investigator

Anyone with information regarding this break & enter, or any other break & enter, is asked to call the Ottawa Police’s Break & Enter Unit at 613-236-1222, ext. 2655 or Crime Stoppers toll-free at 1-800-222-8477 (TIPS). Remember Crime Stoppers does not subscribe to call display, we will not ask your name or record your call and you are not required to testify in court. If your information leads to their identity, you could qualify for a cash reward of up to $2000. You can follow us on Facebook, YouTube and Twitter. 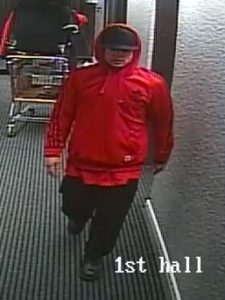 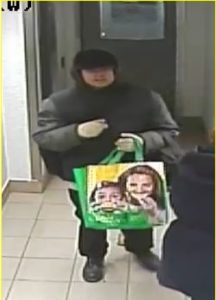 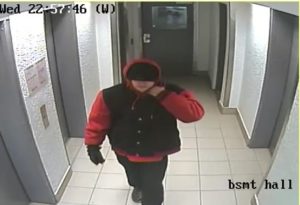