Suspect to be identified in multiple thefts

Suspect to be identified in multiple thefts

On February 27th 2017 and on March 11th 2017, an unidentified male suspect attended the same retail store in several locations in the city’s west-end and stole several clothing items.

If you know the identity of the individual call The Ottawa Police Service West Division Investigations unit (613) 236-1222 Ext 2666 or Crime Stoppers toll-free at 1-800-222-8477 (TIPS). Remember Crime Stoppers does not subscribe to call display, we will not ask your name or record your call and you are not required to testify in court. If your information leads to their identity, you could qualify for a cash reward of up to $2000. You can follow us on Facebook, YouTube and Twitter. 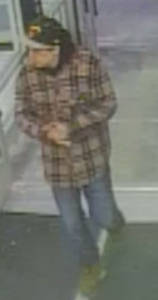 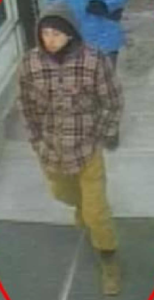